It’s no secret that installing an aftermarket radio in your car can cause all sorts of electrical problems. But what are those problems, exactly? And how can you fix them? In this blog post, we will discuss five of the most common electrical problems caused by aftermarket radios. We will also provide you with some tips on how to prevent these problems from happening in the first place.

An aftermarket radio can cause electrical problems such as drawing too much power from the car’s electrical system, it can interfere with the vehicle’s ECU and even trigger a check engine light, may cause a short if not properly grounded, interfering with other electrical features like headlights, interior lights, chargers, etc.

1. Drawing too much power from the car’s electrical system

Aftermarket radios are a popular upgrade for many car owners. However, these radios can sometimes cause electrical problems. One of the most common issues is that aftermarket radios draw too much power from the car’s electrical system. This can lead to problems like dimmed headlights, flickering dash lights, and even engine stalling.

In some cases, it can even damage the car’s battery or alternator. If you’re having electrical problems after installing an aftermarket radio, the first step is to check the wiring. Make sure that all of the connections are tight and that there are no exposed wires. Also, be sure to use the correct size fuse for the radio. If the problem persists, you may need to have the radio professionally installed by a qualified technician.

There are a few different reasons why the aftermarket radio is drawing too much power. First, the radio may be improperly wired. If the + and – terminals are reversed, for example, the radio will draw twice as much power as it should. Second, the radio may be using an older, less efficient design. This is especially common with older models that were not designed to work with today’s cars. Finally, the radio may simply be higher quality than the factory-installed unit, and therefore require more power to run.

2. Interfering with the vehicle’s ECU, causing a check engine light

Check engine lights are one of the most frustrating things that can happen to a car owner. Not only do they indicate that something is wrong with your vehicle, but they can also be difficult to diagnose. In many cases, the cause of the check engine light is a simple issue that can be easily fixed. However, there are also times when the root of the problem is more complex.

Many people enjoy customizing their vehicles with aftermarket radios, but sometimes these modifications can cause electrical problems. A common issue that can arise when installing an aftermarket radio in your car is interference with the vehicle’s ECU, which can trigger a check engine light. In some cases, this may be due to a loose connection or a faulty ground wire.

In some vehicles, the aftermarket radio can trigger the check engine light if it is not installed properly. This is because the radio can interfere with the vehicle’s wiring, causing problems with the electrical system.

3. May cause electrical problems due to not being properly grounded

Grounding a car radio is just as important as choosing the right speakers. Without a proper ground, electrical noise can interfere with the signal from the radio, resulting in static and other problems. Additionally, poor ground can also cause damage to sensitive electronic components.

Improper grounding when installing an aftermarket radio is a huge problem. If the radio is not properly grounded, it can cause interference with other electronics in the vehicle and even cause the radio to overheat.

In addition, improper grounding can result in static electricity build-up, which can damage the radio’s circuitry. To avoid these problems, be sure to have the radio installed by a professional who understands how to properly ground it.

The most common method to ground an aftermarket radio is to run a wire from the chassis of the car to the ground terminal on the back of the radio. This will provide a solid connection between the two and reduce interference.

Another option is to use a grounding block, which is attached to the chassis and provides multiple connections for grounding wires. This can be helpful if there are other electronic components in the car that also need to be grounded. Whichever method you choose, make sure that the connection is secure and free from rust or other corrosion.

4. Electrical problems due to not being compatible with the car’s electrical system

In some cases, these problems can be resolved by installing a new fuse or making other simple changes. However, in other cases, the only solution is to replace the radio with a model that is compatible with the car’s electrical system.

However, not all aftermarket radios use the same type of electrical energy. Some radios use direct current (DC), while others use alternating current (AC). Most car radios are designed to use DC, so when a radio that uses AC is installed, it can cause problems with the car’s electrical system.

Incompatible radios can drain the battery, overheat wiring, and even start fires. For this reason, it is important to make sure that the radio you are installing is compatible with the car’s electrical system before attempting to install it.

Cheaply made or improperly installed aftermarket radios can cause issues with the car’s electrical system. Symptoms of these problems may include flickering lights, radio interference, and unintended battery drainage. In some cases, these problems can be solved by simply replacing the radio with a better-quality unit.
However, if the electrical system is damaged, it may need to be repaired or replaced by a professional. Either way, it is important to be aware of the potential problems that can be caused by aftermarket radios before making any changes to your car’s electrical system.

Can Installing a Radio Mess Up Your Car?

Believe it or not, installing a radio in your car can actually do more harm than good. While it might seem like a simple task, improper installation can lead to all sorts of problems. For starters, drilling into the dashboard can create unsightly holes and make it difficult to reinstall the original radio if you ever decide to sell the car.

When installing a new radio, it is important to make sure that the wiring is properly connected. If not, it can lead to a number of issues, including shorts circuit and electrical fires. Additionally, if the radio is not installed correctly, it can consume too much power and strain the electrical system of the car.

Additionally, running new wires through the interior of the car can create trip hazards and potentially damage other components. And if the wires are not properly secured, they could rattle against other parts of the car, causing annoying noise and vibration.

So, before you drill into your dash, be sure to weigh the pros and cons of aftermarket car radios. It might be better to just enjoy the music from your phone.

What Happens If You Don’t Ground a Car Stereo?

Most car stereos will work just fine without being grounded, but there can be some potential problems that could arise. One issue is that the sound quality may not be as good as it could be if the stereo were properly grounded.

There are a few important things to keep in mind when grounding a car stereo. First, make sure that the ground wire is connected to a clean, unpainted metal surface. This will ensure a good connection and help prevent corrosion.

Second, use sandpaper or a wire brush to remove any paint or rust from the surface. This will help ensure a good connection and prevent the ground wire from coming loose.

Finally, make sure that the ground wire is connected to the frame of the car, rather than the body. This will help to prevent electrical interference and provide a more reliable connection. With these tips in mind, grounding a car stereo should be quick and easy.

How Many Watts Does an Aftermarket Radio Put Out?

Just keep in mind that the extra power doesn’t necessarily mean better sound quality. In fact, many car stereos that boast high wattage ratings tend to sound harsh and distorted. So, it’s important to do your research and make sure you’re getting a quality stereo before you buy.

Aftermarket radios often offer more features and better sound quality than factory-installed radios, and they can give your car a more personal touch. But before you install an aftermarket radio in your car, it’s important to make sure that your car’s electrical system can handle the additional load. 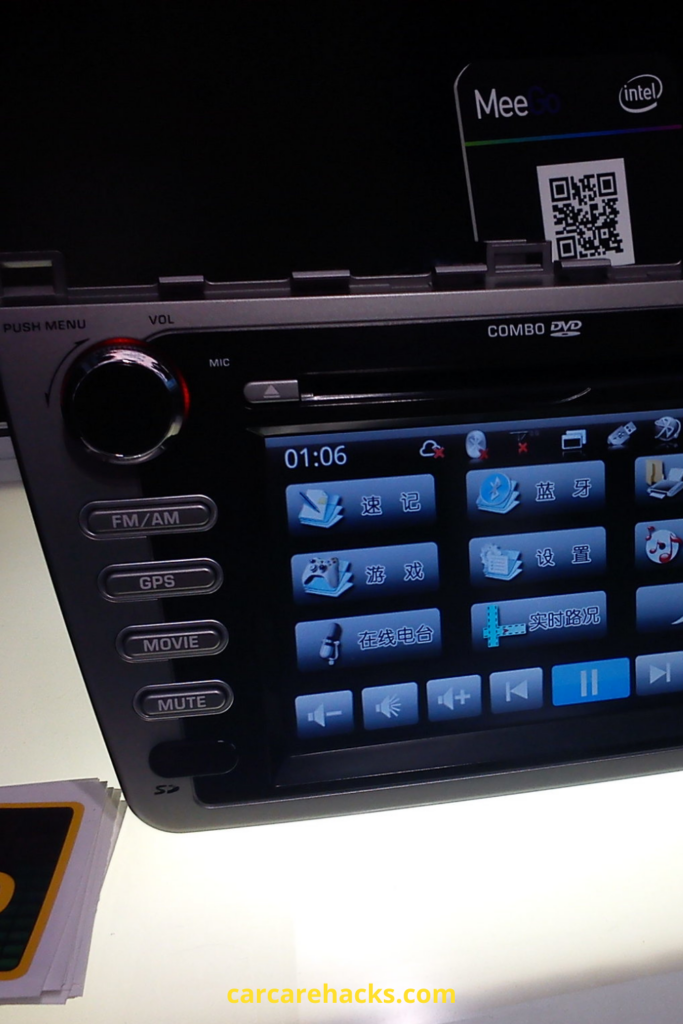