If you’re experiencing engine vibration, don’t worry – you’re not alone. Many drivers have this issue and don’t know how to fix it. While engine vibrations might indicate a big repair bill is coming, there are a few things that you can do to stop it. In this blog post, we will discuss 7 easy fixes that you can do to stop your engine from vibrating.

Spark plugs are an essential part of any gasoline-powered car. They work by creating a spark that ignites the fuel in the car’s engine. This spark is created by a small coil of wire, which is located at the end of the spark plug. As the coil of wire receives an electric current, it creates a magnetic field. When this magnetic field collapses, it produces a spark that jumps across a tiny gap between the coil and the electrode. This spark then ignites the air-fuel mixture in the engine, causing the car to run.

Over time, spark plugs can become covered in deposits of carbon and other materials. This can cause the spark to become weaker, making the engine misfire and vibrate. In addition, the deposits can Insulate the spark plug, preventing proper heat transfer. As a result, the spark plug can become excessively heated, causing damage to the engine.

A great way to tell if a spark plug is worn out is by visually inspecting it. If the electrode is overly blackened or covered in carbon deposits, it’s a good indication that the plug is due for replacement. Additionally, if the center electrode is worn down or the ceramic insulation is cracked, it’s also time for a new plug.

Replacing spark plugs is a fairly simple process, but it’s important to follow the manufacturer’s instructions carefully. First, remove the old spark plugs using a wrench. Next, insert the new plugs, being careful not to cross-thread them. Finally, tighten the plugs until they’re snug but not overly tight. With fresh spark plugs in place, your car will be running smoothly in no time.

When choosing motor mounts, it is important to select ones that are compatible with your specific engine type and model. Additionally, you will need to take into account the weight and size of your engine when selecting motor mounts. With so many factors to consider, it is best to consult with a professional before making a final decision.

Replacing motor mounts is a relatively easy task that can be completed in a few hours. The most important thing to keep in mind is to make sure that the new mounts are compatible with the make and model of your vehicle.

Once you have the correct mounts, the process is straightforward. Begin by removing the old mounts, and using a socket wrench to loosen the bolts. Next, position the new mounts in place and secure them with the bolts. Finally, check to make sure that everything is tightened correctly and that there is no movement in the mount.

Most cars have four belts: the timing belt, the serpentine belt, the accessory belt, and the drive belt. The timing belt helps to keep the engine in sync, while the serpentine belt powers the alternator, air conditioning compressor, and other accessories. The accessory belt powers the water pump, power steering pump, and air conditioning compressor. Finally, the drive belt powers the engine’s crankshaft. While some cars only have one drive belt, others have two or more. However, all cars have at least four belts that play an essential role in keeping the car running smoothly.

When a car’s engine is running, there are a lot of moving parts that work together to keep the vehicle moving. The belts are an important part of this system, as they help to transfer power from the engine to the wheels. Over time, however, these belts can wear out and become frayed. If this happens, it can cause the engine to vibrate. This can be extremely annoying for drivers, and it can also lead to other problems such as decreased fuel efficiency. In severe cases, it can even damage the engine itself.

There are a few tell-tale signs that can indicate which belt needs to be replaced. One of the most common is a squealing noise coming from the engine bay. This is caused by the friction of the belt against the pulleys it is wrapped around. Another sign is cracking or fraying along the length of the belt.

4. Reconnect any disconnected hoses or replace broken ones

If you’ve ever noticed your engine vibrating, it could be due to a vacuum leak. A vacuum leak occurs when there’s a break in the line that delivers air to the engine. As a result, the engine isn’t able to draw in enough air, which can lead to a number of problems.

The fuel supply system in most cars consists of a fuel tank, a fuel pump, and a carburetor or fuel injector. The fuel tank stores the gasoline or diesel fuel that powers the engine and the fuel pump draws the fuel from the tank and delivers it to the carburetor or injector under pressure. The carburetor mixes the fuel with air, while the injector sprays fuel into the intake manifold. Each type of system has its own advantages and disadvantages, but both are necessary for the proper operation of the engine.

Additionally, a build-up of carbon deposits on the valves and piston rings can also cause vibration. When this happens, the engine has to work harder to push the pistons up and down, which puts additional stress on the components and causes them to vibrate. Finally, a dirty fuel filter can also contribute to engine vibration. If the filter is clogged, it can restrict the flow of fuel to the engine, causing it to run lean and shake.

The first step in cleaning the fuel intake system is to disconnect the negative battery terminal. This will prevent any sparks from occurring while you are working on the engine. Next, locate the air filter housing and remove the filter. Be sure to mark the orientation of the filter so that you can replace it correctly later. With the filter removed, you should be able to see the throttle body.

Using a clean rag and some carburetor cleaner, wipe away any dirt or debris that has built up on the throttle body. Be sure to avoid getting any cleaner on the rubber seals or gaskets. Once the throttle body is clean, replace the air filter and reconnect the negative battery terminal.

6. Clean or replace the air filter

Air filters play an important role in keeping a car’s engine running smoothly. Over time, the engine can become clogged with dirt and debris, which can reduce its efficiency and cause the engine to vibrate. An air filter helps to remove these contaminants from the air before they have a chance to enter the engine, prolonging its life and performance. In addition, air filters also help to keep the interior of the car clean by trapping dust and pollen particles. Not only does this improve the quality of the air inside the car, but it also helps to prevent allergies and respiratory problems.

Fortunately, replacing the air filter is a relatively easy task that anyone can do.

To start, locate the air filter box in the engine bay. This is usually located near the front of the engine and may be held in place with a clip or bolt. Once you’ve found the box, open it up and remove the old air filter. Be sure to inspect the housing for any dirt or debris, and clean it out if necessary. Then, simply insert the new air filter and close up the box. That’s all there is to it! By following these simple steps, you can ensure that your car’s engine will stay healthy and perform at its best.

The oxygen sensor is one of the most important components of a car’s engine. This small device measures the amount of oxygen in the exhaust gases and uses this information to adjust the air-fuel mixture. The ideal mixture is 14.7 parts air to 1 part fuel. Too much air will result in inefficient combustion, while too much fuel will cause the engine to run rich and misfire, leading to increased vibrations and decreased fuel economy.

The oxygen sensor helps to ensure that the engine is running at peak efficiency, which saves both fuel and money. In addition, it helps to protect the environment by reducing emissions. For these reasons, it is essential that all cars have a functioning oxygen sensor.

Replacing the oxygen sensor is a relatively simple process that can be completed in a few minutes. First, locate the oxygen sensor and disconnect the electrical connector. Next, use a socket wrench to remove the old sensor and install the new one. Finally, reconnect the electrical connector and start the engine to check that the new sensor is working properly.

Exhaust valves are important components of a car's engine. They regulate the release of exhaust gases from the engine cylinders as they burn fuel. This release has to be done in a pre-calculated... 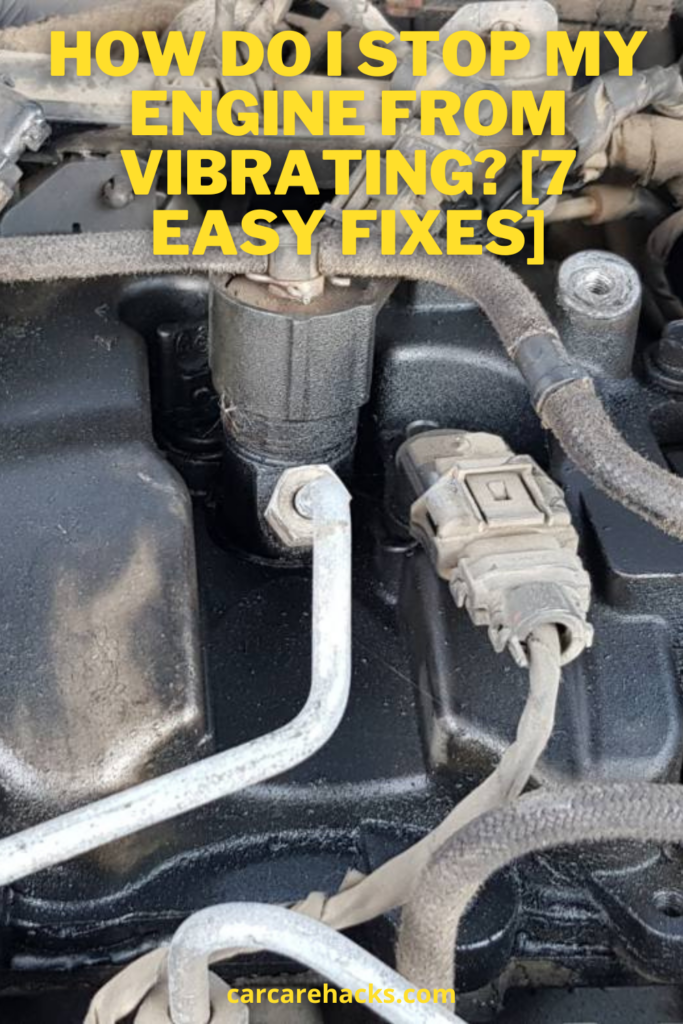