A lot of people who own cars with alternators also own boats or RVs that use deep-cycle batteries. People often wonder if they can use the alternator on their car to charge their boat or RV battery. In this blog post, we will answer that question and provide some tips on how to properly charge a deep-cycle battery using an alternator.

What Are Deep-Cycle Batteries?

Batteries are an essential part of many electronic devices, from cell phones to cars. Most batteries are designed to provide a short burst of power, after which they need to be recharged. However, there are some batteries that are designed for long-term use.

These batteries, known as deep-cycle batteries, are often used in boats and RVs, and solar energy systems. Deep-cycle batteries work by slowly releasing their stored energy over a long period of time. This allows them to be used for extended periods without the need for frequent recharging.

Can a Car Alternator Charge a Deep-Cycle Battery?

Alternators are designed to charge car batteries that are used for starting the engine and powering the accessories. These batteries have a short-term power storage capability. But, can a car alternator charge a deep-cycle battery which is the total opposite of car batteries?

Of course, it’s important to keep an eye on the charging process and make sure that the battery doesn’t become overcharged. But with proper monitoring, a car alternator can be used to keep a deep cycle battery charged and ready for use.

Can You Charge a Deep-Cycle Battery With Jumper Cables

Though people usually think of jumper cables as a way to jump-start a car with a dead battery, you can actually use them for other purposes as well. For example, you can use jumper cables to charge a deep-cycle battery.

Can You Charge a Deep-Cycle Battery While In Use?

Charing a deep-cycle battery while in use is actually good for the battery. In fact, this is the best way to extend the life of your battery. By regularly charging your deep-cycle battery, you will help to prevent sulfation and prolong its overall lifespan.

To charge a deep-cycle battery, you will need a charger that is specifically designed for deep-cycle batteries. These chargers are available at most auto parts stores. Once you have the proper charger, simply follow the instructions that come with the charger to properly charge your battery.

How Long Can a Deep-Cycle Battery Sit Without Charging?

A deep-cycle battery is designed to be discharged and recharged many times. However, if it is not used for an extended period of time, it will slowly lose its charge.

While the exact amount of time a deep-cycle battery can go without charging depends on several factors, such as temperature and manufacturing quality, most batteries will start to show signs of discharge after about two months of inactivity.

If left uncharged for too long, a deep-cycle battery will eventually become damaged and may need to be replaced. Therefore, it is important to regularly check on your battery’s status and give it a full charge at least once every six months to keep it in good working condition. 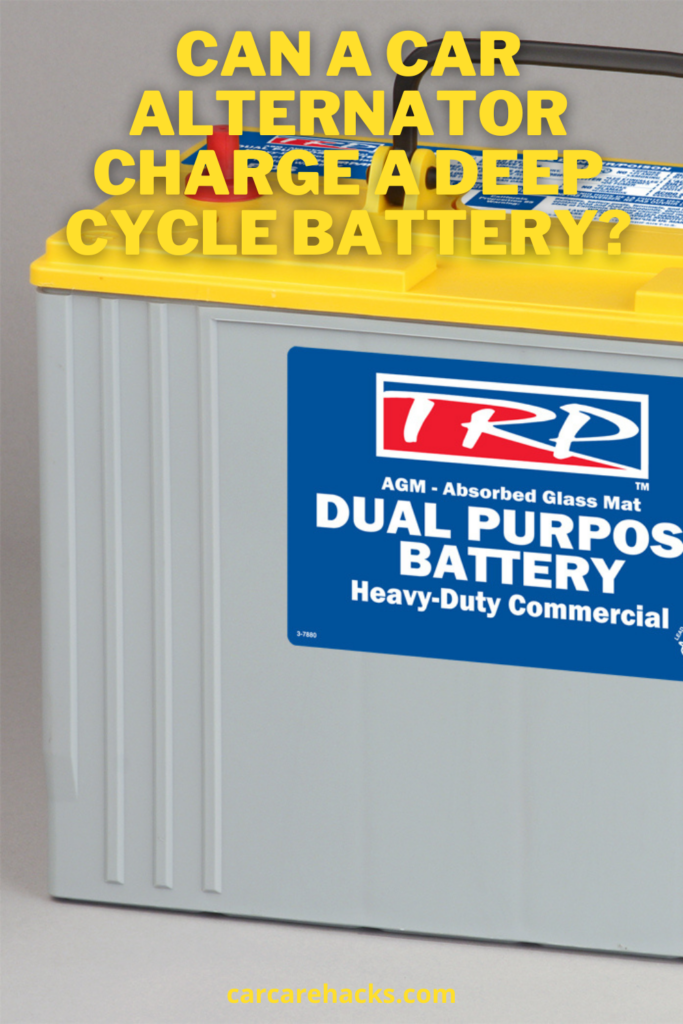