In this blog post, we will discuss 8 tips to help you when your car won’t start right after shutting it off!

To start a car that won’t start after shutting it off, check the battery, check the starter, check the alternator, inspect the ignition switch, check the fuel system, perform a quick inspection of the electrical system, and check the key fob and the gas level.

Batteries are used in vehicles to provide electrical power. This power is used to start the engine, run the lights, and operate the accessories. Without a battery, a vehicle would not be able to run. Batteries are an essential part of any vehicle.

The battery in a car provides power to the starter motor, ignition system, and other electrical accessories. When the engine is running, the alternator charges the battery so it can continue to power those systems. If your car won’t start after shutting it off, there are a few things you can check to see what might be causing the problem.

First, make sure that the battery is properly charged. If it’s not, you may need to jump-start your car or replace the battery entirely. Next, check all of the connections to and from the battery to ensure that they’re clean and tight. Corroded or loose terminals can prevent electricity from flowing properly.

You can also test your car battery by starting the engine and seeing how it responds. If it starts quickly and smoothly, then chances are the battery is fine. If it takes longer than usual to start up, or if it sputters and dies shortly after starting, then the battery may need to be replaced.

The purpose of a starter in a vehicle is to help start the engine. It does this by providing the initial torque needed to get the engine moving. The starter also provides a spark to ignite the fuel mixture in the cylinders. Without a starter, your vehicle would not be able to start.

If your car won’t start, it could be a sign that your starter is going bad. There are a few things you can do to check if your starter is the problem. First, try turning on the headlights. If they don’t come on, then the battery may be dead and will need to be replaced. However, if the headlights do come on, then try starting the car. If it doesn’t start, then it’s likely that the starter is the problem.

You can also try tapping on the starter with a hammer to see if it will start working again. If none of these things work, then you’ll need to take your car to a mechanic to have it checked out.

There are a few different symptoms that can indicate a bad starter. One of the most common is if your car won’t start at all, even though you turned it off a couple of seconds ago. If you turn the key and nothing happens, it’s likely that your starter is the culprit.

Other signs include a clicking noise when you turn the key, or the engine cranking more slowly than usual. If you notice either of these, it’s best to have your starter checked out as soon as possible. Ignoring these warning signs could lead to bigger problems down the road.

The main purpose of an alternator is to keep the battery charged. The battery provides power to the starter motor, which starts the engine, and to the lights and other electrical accessories while the engine is running. If the battery isn’t kept charged, it can’t do its job properly, and the car won’t run well.

If your car won’t start after shutting it off, the first thing you should check is the battery. In case the battery is dead, it could be because the alternator isn’t charging it. Here’s how to tell if your alternator is bad:

There are a few symptoms that may indicate a bad alternator. One is dim or flickering headlights. If the alternator is not providing enough power, the lights will appear dimmer than usual. Another symptom is strange noises coming from the engine area. A squealing noise may indicate that the alternator belt is loose or needs to be replaced. Finally, if the battery light on the dash comes on, it means that there may be an issue with the alternator charging the battery.

The purpose of an ignition switch in cars is to supply power from the battery to the starter motor. It also controls the flow of electricity to other accessories, like the radio or lights. In some cases, it may also activate a security system.

An ignition switch is usually located on the steering column, just above the keyhole. To start the car, you insert the key and turn it to the “on” position. This completes the circuit between the battery and starter, causing the engine to turn over and start.

The most common symptom of a bad ignition switch is difficulty starting the car. If you turn the key and nothing happens, or if the engine sputters and dies, it’s likely that there is an issue with the ignition switch.

If your car is having trouble starting, or if the engine stalls frequently, it could be a sign of a bad ignition switch. Other symptoms include dimming headlights, problems with the radio or other electrical components, and unexplained stalling. If you’re experiencing any of these issues, it’s important to have your car checked out by a mechanic as soon as possible to diagnose the problem. Ignition switch problems can be dangerous, so don’t delay in getting your car fixed.

This system is important because, without it, the engine would not be able to run. The fuel system delivers the necessary amount of fuel to keep the engine running at optimal levels.

The most common symptom of a bad fuel system is the car won’t start after shutting it off. If this happens, it’s likely that there is something wrong with the fuel system and it needs to be checked out by a mechanic. Other symptoms of a bad fuel system can include the car hesitating when accelerating, or the engine running rough.

If your car is experiencing any of the following symptoms, it may have a bad fuel system:

In addition to these symptoms, there are some other ways you can check to see if the fuel system is bad. One way is to check for leaks in the lines. Another way is to use a pressure gauge to test the pressure in the fuel system. If the pressure is low, then that can be an indication of a problem. Finally, you can also have the system checked by a professional mechanic. They will be able to tell you for sure if there are any problems with the fuel system.

6. Perform a quick inspection of the electrical system

An electrical system in a car consists of a battery, starter, alternator, and other wiring. The battery provides power to the starter, which starts the engine. The alternator then charges the battery while the engine is running. Other wiring includes lights, horns, and gauges.

The electrical system in a car is a very important part of the overall workings of the vehicle. Without it, the car would not be able to start after shutting it off. It is important to make sure that all components of the system are working correctly and that there are no issues with any of the wiring. Regular maintenance of your car’s electrical system can help prevent major problems down the road.

There are a few things that you can check if you’re having electrical issues with your car. First, make sure all of the cables and battery terminals are clean and free of corrosion. Next, check the fuses and circuit breakers to see if any of them have blown. Finally, check the battery itself to see if it needs to be replaced. If you still can’t figure out what’s wrong, then it’s time to take your car to a mechanic.

Most key fobs operate using radio frequency technology. This means that they send and receive signals from a nearby transmitter in order to function. The transmitter is usually located near the front door of the vehicle. When the button on the key fob is pressed, it sends a signal to the transmitter which then activates the desired function, such as unlocking the doors.

There are a few things you can do to check if your key fob is bad. One thing you can try is to put the key fob in the car’s ignition and see if it turns on. If it doesn’t, then there may be an issue with the key fob.

8. Check if you have gas in the tank

The gas tank in a car measures the quantity of gasoline by measuring the amount of space that the gasoline takes up in the tank. The capacity of most gas tanks is between 12 and 20 gallons. When the tank is full, it will usually have about a gallon or two left over to allow for expansion of the gasoline as it warms up. When the tank is empty, there will usually be a few inches of space at the top to allow for the vaporization of any remaining gasoline.

Most cars have a fuel gauge on the dash that tells you how much gasoline is in the tank. The fuel gauge works by sending a signal to the car’s computer that tells it how much electricity to send to a small motor that moves a needle on the gauge.

The computer gets this information from a float in the gas tank that sits on top on the gauge. The computer gets this information from a float that is connected to the gas tank. The float rises and falls with the level of gasoline in the tank and sends a signal to the computer telling it how much gasoline is in the tank. Sometimes, the gauge fails and you can run out of gas without knowing it. This will result in you won’t be able to start your vehicle.

There are a few ways to check your fuel level if your gauge is broken. One way is to look at the mileage on your car. Every car has a specific mileage range that it can travel on a full tank of gas. You can also use the gas light as an indicator. Most cars have a sensor that turns on the gas light when there is approximately one gallon or less of gas remaining in the tank. Finally, you can always use the old-fashioned method of physically checking the amount of gasoline in your tank with a dipstick. 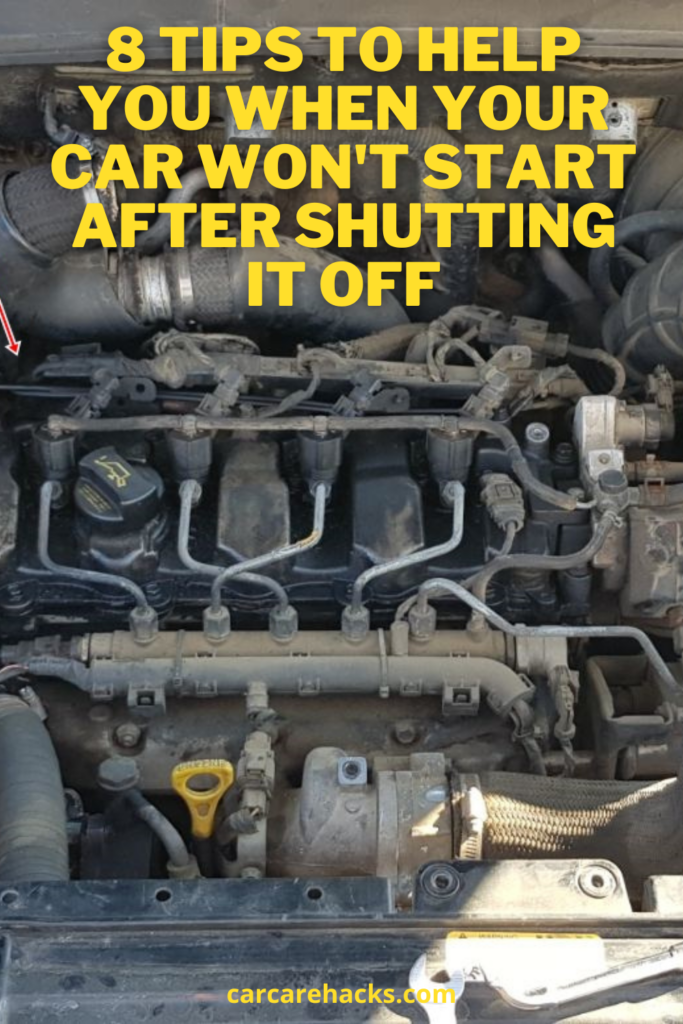